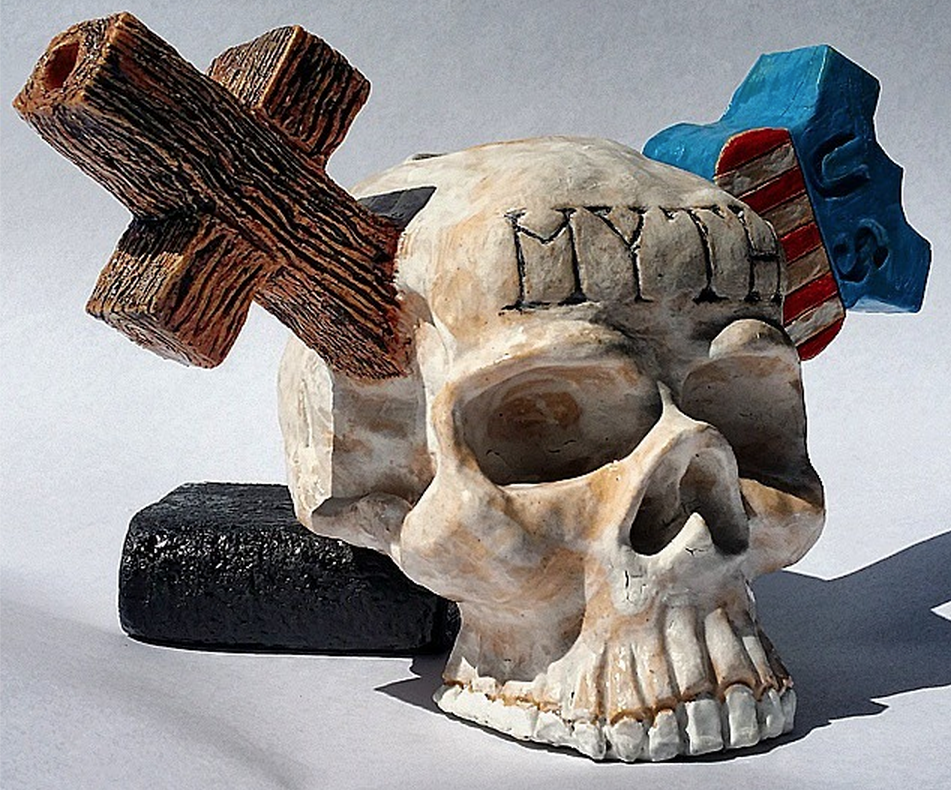 The Myth of Separation of Church and State, terra cotta teapot, Bryan Anthony Moore, 2015. Illustration for McGraw-Hill School Education’s United States Government text: “Thomas Jefferson once referred to the establishment clause as a “wall of separation between church and state.” That phrase is not used in the Constitution, however.”

The text states: “Thomas Jefferson once referred to the establishment clause as a ‘wall of separation between church and state.’ That phrase is not used in the Constitution, however.”

The statement is factually correct, but it could give students the inaccurate impression that Jefferson’s view was personal and lacked significant connection to the First Amendment. The text neglects to mention, for instance, the significant support for the separationist position shared by both Jefferson and James Madison, the Founder with the greatest influence on the drafting of the First Amendment’s religion clauses [emphasis mine]. The text also neglects to mention reference to Jefferson’s “wall” metaphor in important Supreme Court establishment clause cases, such as Justice Hugo Black’s decision in Everson v. Board of Education, the first Supreme Court case to apply the establishment clause to the states and local government.[1]

In the Detatched Memoranda, James Madison, the principal author of The First Amendment of the U.S. Constitution, wrote: “Strongly guarded . . . is the separation between religion and government in the Constitution of the United States [emphasis mine].”[2] McGraw Hill’s brazen manipulation of history, achieved through glaring omissions, amounts to a publically funded brainwashing of our youth. These schoolbooks have been “cooked” to such an extent that they often imply the exact opposite of verifiable facts.

[2] Founders Online: Detatched Memoranda, Ca. 31 January 1820.” Accessed January 10, 2015. http://founders.archives.gov/documents/Madison/04-01-02-0549. Full quote follows: Strongly guarded as is the separation between Religion & Govt. in the Constitution of the United States, the danger of encroachment by Ecclesiastical Bodies, may be illustrated by precidents [sic] already furnished in their short history.