American history often deals with periods so removed from experience that they’ve become fabled times of myth, which various groups edit at will. Chief among these groups are religious conservatives. Take, for example, President Thomas Jefferson. Conservative political groups claim Jefferson and other Deist founders, as early conservatives. To support this claim they cite Jefferson’s belief in God. Atheists also align Jefferson with their philosophy, citing his re-write of scripture, The Life and Morals of Jesus of Nazareth, which removed the miracles and divinity from the gospels while preserving the moral precepts. The truth is that Jefferson was neither a conservative Christian or an Atheist. He was a Deist that believed in a Supreme Being but not in miracles or Christ’s divinity.

Jefferson excised the miracles out of his Bible with a razor and pasted the non-miraculous passages into an order of his liking to create his personal version of history. Similarly, disparate groups are presently editing history, selectively adding quotes by esteemed personages to the conservative or liberal canon and omitting any contrary to their beliefs. Often the creationists that argue over the American Founders’ beliefs are the very same that argue for the validity of teaching intelligent design versus evolution. The dinosaur imagery in my work is appropriate to these debates.

In the same way that those editing history to their liking present their work as authentic to the quoted age, I utilize techniques from the eras depicted, often using “aging” techniques to make my compositions read as if they were native to the age in question rather than modern constructs. Fictive histories weave together fact and fiction, my figures composed of disparate parts seek to present a visual analogy to this chimeric process. 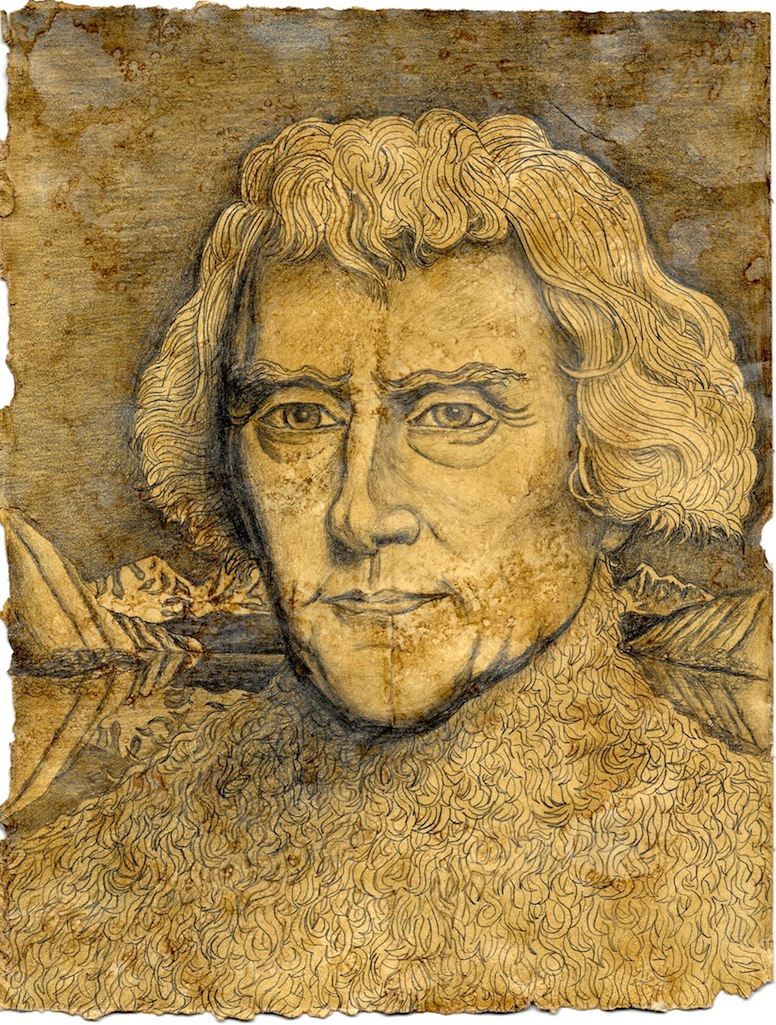