United States history often deals with times so far removed from experience that they’ve become fabled times of legend, which various groups edit or mythologize at will.

Thomas Jefferson, in his personal library, classified the Bible as ancient history. However, he believed that the book had been altered and he thought that he was qualified to redact what he perceived as the inaccuracies. In Jefferson’s book, The Life and Morals of Jesus of Nazareth, he excised the miracles out of his Bible with a razor and pasted the non-miraculous passages into an order of his liking to create his personal version of history. In a similar manner, disparate groups are presently editing history to their liking, selectively adding quotes by esteemed personages to the conservative or liberal canon and omitting or deliberately obfuscating any contrary to their beliefs. 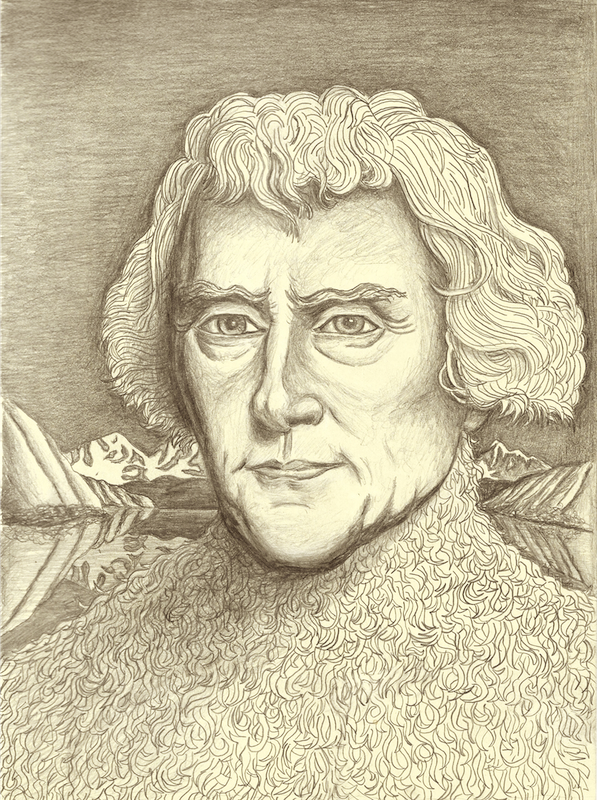 Among these groups are Tea Party Republicans, combining libertarian ideas on taxation with conservative Christian religious beliefs. As unlimited corporate campaign finance donations have led to national and state legislatures that are essentially filled with corporate sponsored government officials, wealthy individuals and corporations have gained an ever-increasing, disproportionate means to disperse their propaganda. From cradle to grave, conservative historical and religious propaganda is being thrust upon our citizens, disguised as objective historical or scientific fact.

Although poverty rates largely declined during the 1990s, offering at least one possible explanation for the drop in violent crime, poverty rates rose sharply during the 2000s. At the start of that decade, poverty levels hovered just above 10 percent. By 2008 they were up to 13.2 percent. By 2009 the number was 14.3 percent. By 2010, 15.3 percent. All this squares with what most people who lived in Middle America knew, and know, instinctively. Despite what we’re being told about a post-2008 recovery, despite what the rising stock market seems to indicate, the economy is mostly worse, real incomes are mostly declining, and money is mostly scarcer.[1]

Through campaign contributions, lobbyists, and back-room deals, the wealthy employ all aspects of the state apparatus, including those of an ideological nature, in the furtherance of their rule. Louis Althusser described the nature of this employment in his essay “Ideology and Ideological State Apparatuses”:

What are the Ideological State Apparatuses (ISAs)? They must not be confused with the (Repressive) State Apparatus. In Marxist theory, the State Apparatus (SA) contains: the Government, the Administration, the Army, the Police, the Courts, the Prisons, etc. . . . the State Apparatus in question “functions by violence” . . . I shall call Ideological State Apparatuses a certain number of realities . . . in the form of distinct and specialized institutions. . . . : the religious ISA (the system of the different churches), the educational ISA (the system of the different public and private ‘schools’) [emphasis mine], . . . the communications ISA (press, radio and television, etc.), the cultural ISA (literature, the arts, sports, etc. . . . it is clear that whereas the unified – (Repressive) State Apparatus belongs entirely to the public domain, much the larger part of the Ideological State Apparatuses (in their apparent dispersion) are part, . . . of the private domain. . . . The distinction between the public and the private is a distinction internal to bourgeois law, . . . The domain of the State escapes it because the latter is “above the law”: the State, which is the State of the ruling class, is neither public nor private.[2]

Tellingly, in the United States, the distinctions between public and private have blurred even further than the merger described in Althusser’s essay. Prisons are now often private, corporations such as Halliburton and Blackwater/Academi have assumed many of the Army’s tasks, and police departments farm out traffic citations to private companies, etc. In other words, our republic is in the hands of the 1%. Although there are exceptions within this small group of wealthy individuals, for the most part, they subscribe to and promulgate a conservative ideology. This “free market” ideology portrays the ultra-wealthy as hard working, job creating, and benevolent geniuses.

Conservative ideology has infiltrated every facet of government power. My paper is concerned with the effects of this ideological influence on public education, particularly the resultant propagandistic history, which I call myth-story or mythstory. The substitution of knowledge with falsehoods supporting conservative, free-market ideology, rather than critical thought, is toxic to the functioning of a democratic system.

Using the Texas State Board of Education’s textbook manipulations[3] as a case study, this paper identifies, investigates and disputes the fictions that are being taught to our children through the machinations of the financial elite, and proposes democratic alternatives to partisan ideological indoctrination.

The consequences of this economic inequality are many. For instance, as Taibbi continues;

But throughout all this time, violent crime has gone down. It continues to decline today. Counterintuitively, more poverty has not created more crime. The third piece of information that makes no sense is that during this same period of time, the prison population in America has exploded. In 1991 there were about one million Americans behind bars. By 2012 the number was over2.2 million, a more than 100 percent increase. Our prison population, in fact, is now the biggest in the history of human civilization. There are more people in the United States either on parole or in jail today (around 6 million total) than there ever were at any time in Stalin’s gulags. For what it’s worth, there are also more black men in jail right now than there were in slavery at its peak. See if this syllogism works, then. Poverty goes up; Crime goes down; Prison population doubles.

[3] The Texas State Board of Education approved the current textbook standards in 2010. The new textbooks that met those standard were approved in November of 2014.