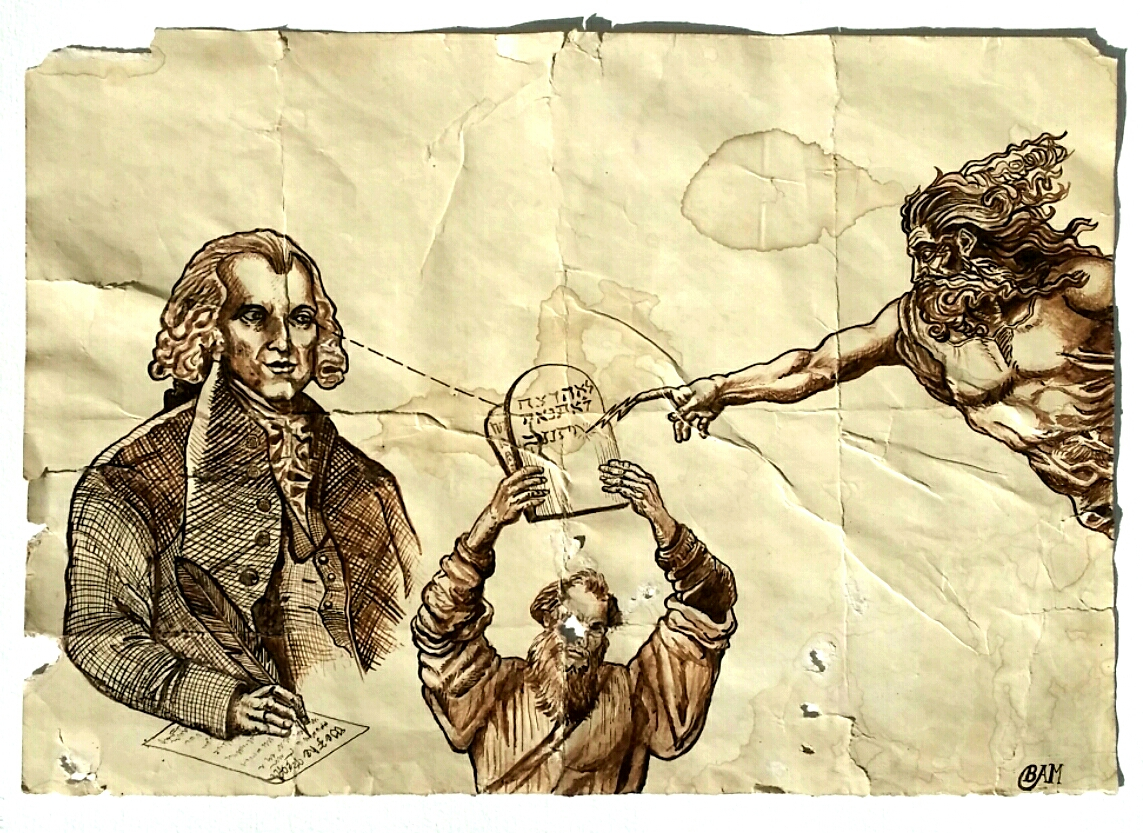 Text includes a “Biography of Moses,” which states: “Moses was a lawgiver and a great leader. Like the founders of the United States, he helped establish a legal system to govern his people. The Ten Commandments have been a guide and basis for many legal and moral systems throughout the world.” The annotation to the biography states: “Moses helped establish a legal system, including the Ten Commandments, to govern his people. Similarly, the founders of the United States wrote the Constitution and established a system of laws to govern Americans. They were also part of a tradition that was familiar with the Ten Commandments as a guide for moral behavior.”

The passage gives an exaggerated impression to students about the influence of and relationship between Moses and the Founders. The legal system that Moses founded had theocratic elements, which made it very different from the republican system of law the Founders established. Similarly, the text neglects to mention that the Founders were reacting against several of the crucial elements of the moral, legal, and political tradition associated with Moses and the Ten Commandments.[2]

John Adams wrote his opinions on the origins of American and English political thought in A Defence of the Constitutions of Government of the United States of America. Contrast these opinions in the excerpt below, with Pearson Education’s claim (above) of a biblical basis:

The Teutonic institutions, described by Cæsar and Tacitus, are the most memorable experiment merely political, ever yet made in human affairs. They have spread all over Europe, and have lasted eighteen hundred years. They afford the strongest argument that can be imagined in support of the point aimed at in these letters. Nothing ought to have more weight with America, to determine her judgment against mixing the authority of the one, the few, and the many, confusedly in one assembly, than the wide-spread miseries and final slavery of almost all mankind, in consequence of such an ignorant policy in the ancient Germans. What is the ingredient which in England has preserved the democratical authority? The balance, and that only. The English have, in reality, blended together the feudal institutions with those of the Greeks and Romans; and out of all have made that noble composition, which avoids the inconveniences, and retains the advantages, of both. The institutions now made in America will never wear wholly out for thousands of years: it is of the last importance then that they should begin right; if they set out wrong, they will never be able to return, unless it be by accident, to the right path. After having known the history of Europe, and of England in particular, it would be the height of folly to go back to the institutions of Woden and of Thor, as they are advised to do: if they had been counselled to adopt a simple monarchy at once, it would have been less mysterious. Robertson, Hume, and Gibbon have given such admirable accounts of the feudal institutions, and their consequences, that it would have been more discreet to have referred to them, perhaps, without saying any thing more upon the subject. To collect together the legislation of the Indians, would take up much room, but would be well worth the pains. The sovereignty is in the nation, it is true, but the three powers are strong in every tribe; and their royal and aristocratical dignities are much more generally hereditary, from the popular partiality to particular families, and the superstitious opinion that such are favourites of the God of War, than the late writers upon this subject have allowed.[3]

In the above quote, Adams cites Teutonic (Germanic), Roman, and Greek institutions of governance as the fonts from which the best of English political ideas (and by extension American ideas) had sprang. He goes on to infer that American Indians (probably referring to the Iroquois Confederacy), had made some important contributions to American political thought. His reference to the three powers probably refers to a judicial, legislative and executive branch, but may be in reference to their formation of a bicameral legislature with a third “house” (the Onondaga tribe) acting much like an executive branch in breaking ties and possessing the power of veto.[4] Of course, Adams, ever the aristocrat, made sure to mention how valuable the hereditary component of the Iroquois polity was (though that was a misrepresentation). The Ten Commandments are conspicuously absent in both the liberal Jefferson’s, and conservative Adams’ descriptions of our political roots.